After a momentus week for Ardee Concert Band in which they preformed in their 39th Annual Christmas concert to a live audience for the 1st time since before Covid 19 hit the world in 2020, they were honoured and humbled on Wednesday evening Last, Dec 15th to be presented with a Civic Award from the Municipal District of Ardee. The award was in “Recognition of being a community based voluntary organisation which is an invaluable community asset”.

Many thanks to Councillor Dolores Minogue for nominating Ardee Concert Band for this prestigious award which was accepted by band secretary Tim O’Callaghan on behalf of the band at their Senior Band Rehearsal in the Bohemian Centre, Ardee. 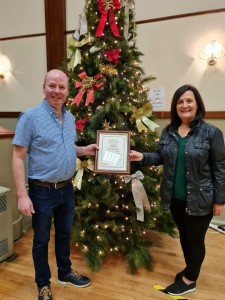 Christmas Concert 2021 🎄🎅🎶
Music Brought back to the Bohemian
What a fantastic night had by Ardee Concert Band on Friday evening last, December 10th 2021 at their 39th Annual Christmas Concert. All their members enjoyed every minute of their first performance since December 2019. All groups that make up the organisation that is Ardee Concert Band took part in the socially distanced concert to a live audience from their Recorder Group conducted by Gerry Farrell, Junior Band conducted by Jayne Healy, Intermezzo Ensemble conducted by Tim O’Callaghan and National Band Champions, the Ardee Senior Band conducted by Ronan O’Reilly.
Having missed their 2020 concert they were so looking forward to 2021 and it didn’t dissapoint. Once again they enstilled the beginning of Christmas into all who attended the concert. The band concert was always the start of the festive season for many an ardonian home and abroad and with the help of the community and combating Covid 19 it will hopefully continue again for another 39 years at least. Photos and videos are available to view on their Facebook Page.
Congratulations to the winners in their respective bands for most improved player for the year 2021.
In the Junior band, Tadgh Doolan received his award in his festive Santa Hat, in the Intermezzo Ensemble Maggie Keirn was awarded with the Stephen Lynch Memorial Trophy.
Tom Healy was presented with the Seán Matthews perpetual Trophy by Senior band conductor Ronan O’Reilly for most improved young player in the senior band .
Thanks to the committee and all helpers on the night for another well organised concert, it ran so smoothly. 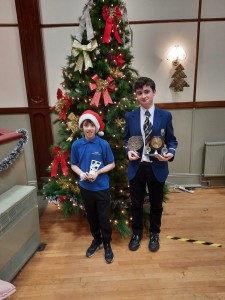 After 2 years our Christmas concert will once again take place in the Bohemian Centre on Fri Dec 10th at 8pm sharp.

This is a ticket only event and Tickets are available at a cost of €10 each from the Secretary Tim O’Callaghan who can be contacted by email at secretary@ardeeconcertband.com or by text or WhatsApp on 086-3538173.

We would ask you only to buy a ticket if you intend attending the concert.

If you would like to buy a ticket but aren’t attending ,could I ask that you make a donation instead to Ardee Concert Band

We have had to make some changes to this year’s concert in order to comply with Covid-19 regulations and as such we would ask that you pay particular attention to the following:

.    Face Masks must be worn on entry to the hall and while moving throughout the hall 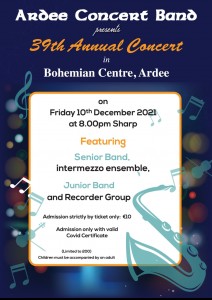 The month of November is always a special time to remember our loved ones who have gone before us especially those who have died in the last 20 months and we may not have gotten to say goodbye as we would have due to C19 restrictions. We think of family members, friends and neighbours and especially deceased members and supporters of Ardee Concert Band.

Tomorrow Sunday 28th Nov, after nearly 2 years without performing in public, Our Senior Band will perform at 12 noon Mass in Ardee Church under the Baton of Ronan O’Reilly.

We remember with gratitude the love they shared with us through their music and efforts for the band and the many sacrifices they made for us.
During November, we make an extra effort to remember them and what they have done for us to be able to have the Band we have today. ❤️🙏 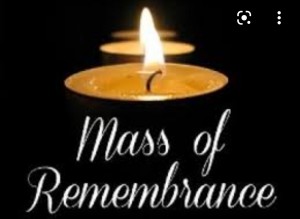 Unfortunately Our Weekly Sunday Night Bingo is Cancelled until Further Notice from the HSE Re: Guidelines in line with Covid 19 prevention in our community 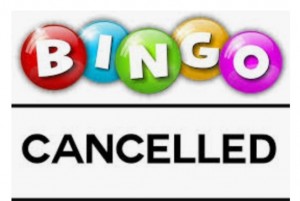 CORONAVIRUS A YEAR ON; C1️⃣9️⃣

It’s been 365 days since we first postponed our lessons and rehearsals across the band. What we thought would be a couple of weeks has turned into a whole year; bar a couple of weeks in July, were we all got to make music again for a sweet but short time.

We will get there again hopefully soon, I don’t think Mozart ever anticipated a silence this great between notes.

Our bandroom sits in silence awaiting the time we it is filled with music and laughter once again, with 2020 engagements still on the board too ? 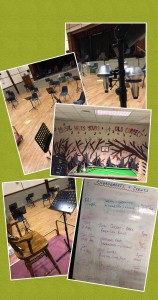 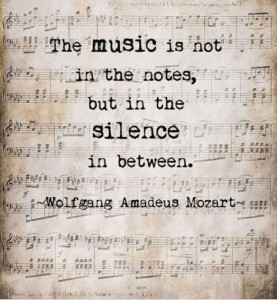 Happy Mothers Day to all the mammies out there today, we hope you all get spoiled and don’t have to work to hard today. We are also thinking of mothers who aren’t here today to celebrate with us too, you are in our thoughts. ? 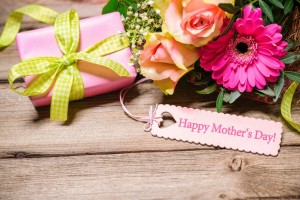 ?Did you tune into Ardee St.Marys Facebook page, where our very own Peter McKeever was chatting to Barney Carrie about the band for the St. Mary’s weekly lotto draw., if you missed it here’s your chance to catch up. ?

Our very own saxophonist Darren Kirk was also playing a few tunes to rise the spirits!
Well done Darren! ??

It was with great sadness today that we learned of the Death of Former musical Director Jack Regan last evening. May he rest in peace.

Jack was our musical director from 18th Sept 1962 to 1975. He saw the need for a more modern and better equipped band at the time and with the help of a newly formed fund raising committee they reached their goal successfully, raising a total of £3,600. The benefits of having new instruments became evident in 1970 and 1971 with our band winning national title both years under Jack’s Baton. 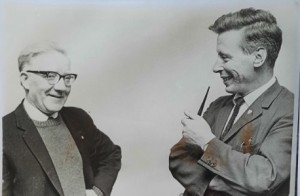 Brighter days are ahead, the darkest are behind us hopefully. Another step closer to being together again. 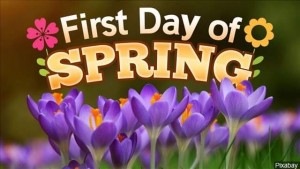 Louth PPN Members featured in The Argus and Drogheda Independent 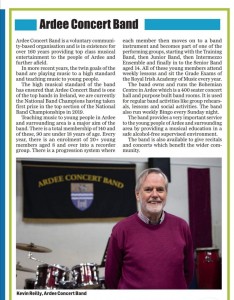 We can get through this folks we just need to stay strong stay home so we can bé together again soon hopefully.

**Repost**
It is with regret that we are announcing the cancellation of the 2021 IABCB National Band Championships due to take place in April.

No doubt this won’t come as a surprise to many given the current restrictions and inability of bands to rehearse.

We will soon be announcing details of our 2021 online solo competition though, so please keep an eye out for that and we look forward to many of you taking part ??? 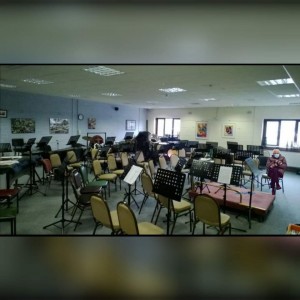 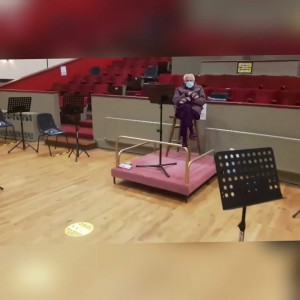 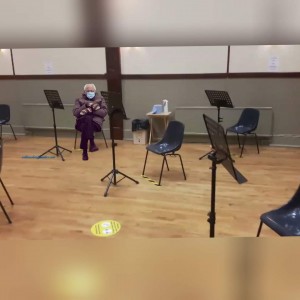 It’s with great sadness that we learned this evening of the passing of our former Conductor and Musical Director, Mr. Harry Kelly.

Harry was appointed Musical Director of Ardee Concert Band in 1982 and brought with him a wealth of musical experience and knowledge. Harry’s continual quest for the highest possible standard of musicianship from the band ensured huge success for Ardee Concert Band both nationally and internationally while he was at the helm, success which lasted over three decades.

The banding community in Ireland is tonight mourning the loss of one of it’s most respected members and one of the finest conductors this country has seen.

On behalf of the committee and members of Ardee Concert Band we would like to extend our sincere condolences to the Kelly family.

Ardee Concert Band would like to sincerely thank everyone who made donations at our recent carol playing bucket collections.

We were fortunate to be able to take to the streets of Ardee in the days before Christmas to bring a bit of cheer to the local people in what has been a difficult year for many. We also made a visit to Moorehall Lodge on Christmas Eve to play some carols for the residents there.

Your donations are more important to us now more than ever. Like every other voluntary organisation in the area, indeed countrywide, Covid-19 has called a halt to all our fund-raising efforts, so it was great for us to be able to perform for the people of Ardee again and thank you for all your support.

Hopefully an end to this nightmare is in sight and that we can get our organisation back on its feet again soon, and get back doing what we enjoy….. Making Music! 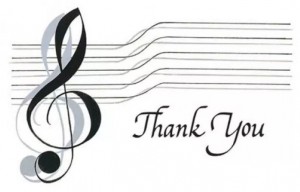 Happy New Year to one and all from all at Ardee Concert Band ?2️⃣0️⃣2️⃣1️⃣?

Let’s hope 2021 is a more musical year.
Please stay home and stay safe so we can all meet again in the new year! ??? 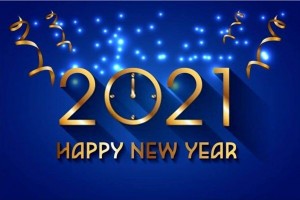